Home
Electric Bike Videos
Any issues with the SUPER 73 Electric BIKE after 6 months?

SUPER73 ELECTRIC BIKES ARE SWEEPING THE NATION! This Electric bike is so amazing, so practical, and I WISH I HAD ONE!!! If Casey Neistat and Jesse are interested in the Super73, then you know it must be good! I’m not kidding, I think the Super73 bike will transform the way Americans commute in major cities and urban areas. The ability to charge your Super73 bike at home, or at the office while you work, is simply amazing. And the range on the Super73 bike is 40 miles!!! 40 miles is a long way, especially in an urban environment, like downtown Denver! I would strongly strongly recommend this bike for any commuter in an urban environment. With a cruising speed around 30 MPH, you can keep up in really any traffic situation in downtown Denver, or any major US city. You can also park the Super73 electric bike ANYWHERE! Super73 electric bikes are durable and very well built. After 6 months of use, the Super73 Rose electric bike in this video has had really no issues at all. A little bit of squeak in the braking system, but that is to be expected on anything that moves and has brakes. The only other MAJOR maintenance you may have to perform is putting oil on the chain : ) Big deal I know. In addition, the battery is built so well on the Super73, you can literally recharge the batter thousands of times before you may notice any drop in performance. Thomas only charges his Lithium Cycles Super73 electric bicycle battery once a week! Imagine the cost of one full charge on the Super73, versus your standard, fill up at the gas station. I noticed no difference in performance or handling of the Super73, compared to the first time I rode the “Rose” 3 months ago. Lithium Cycles is the parent company of the Super73 brand and from what I can tell, they seem to be on to something big! With urban areas becoming more and more congested in the United States, it will be important to discover new ways for people to commute to and from their places of work, and back home. I truly believe that electric bikes, instead of mopeds, will play a big role moving forward in the commuting experience for Americans. As you will see in this vlog, Thomas shares for himself that he has had no issues with his Super73 electric bicycle, and he has put over 300 miles on his Super73 Rose edition. As you can tell by the video and this right up, I’m a super fan of the Super73 electric bicycle. Make sure you ask any questions for Thomas or myself about the Super73 electric bicycle. If you have any questions, I bet Thomas will be able to answer them for you as he has studied and ridden the electric bicycle a ton in the past 6 months. Problem solving any issues that you might have with the SUper73 is going to be a no-brainer for Thomas, just comment below with your questions, concerns, or issues that may have popped up with your Super73 electric bicycle. We hope that you enjoy your experience and your riding as much as we have! Super73, the DeMoors are coming for you, now we just need to pinch a few more pennies! I can’t wait to get my hands on a Super73 for good! What model of the SUper73 should I go for when we make the plunge into electric bikes? I’m very open to your ideas and opinions down in the comments on the Super73 line of electric bicycles and or the Lithium Cycles overall outlook on the industry. Let’s not forget that the Suer73 electric bikes are designed and built in America!

Seek beauty. Work hard. & Love each other. —– Subscribe today if you’re looking for more of all three in life!

Son of the BIG MAN, husband to TRUE LOVE, Father of three boys (Joseph & Seth), and a Colorado native that is pursuing beauty, striving to work hard, and love others around me every single day. I started the daily vlog adventure for three reasons: to improve my video production skills, have fun, and share some of my story with all of you. Thanks for tuning in daily, and commenting on the videos, which is my favorite part of the YouTube experience. Share a bit of your story below. 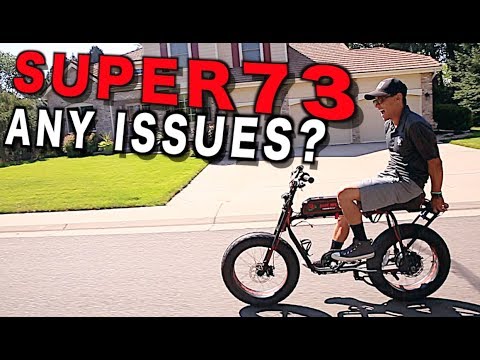