Wheelie painful! BMX rider’s awesome stunt sees him spin 360-degrees in the air… but end up stuck on a fence.

This is the moment a reckless BMX biker attempts a high-flying stunt only to fail at the last hurdle as his bike becomes caught in a fence before he can land.

The risk taker starts off well enough as he rides around the skate park, impressing with an easy dive to start his trick.

Then he picks up speed and leaps from the ground into a lift, where he can be seen driving head first into a flip.

But then it all goes wrong. 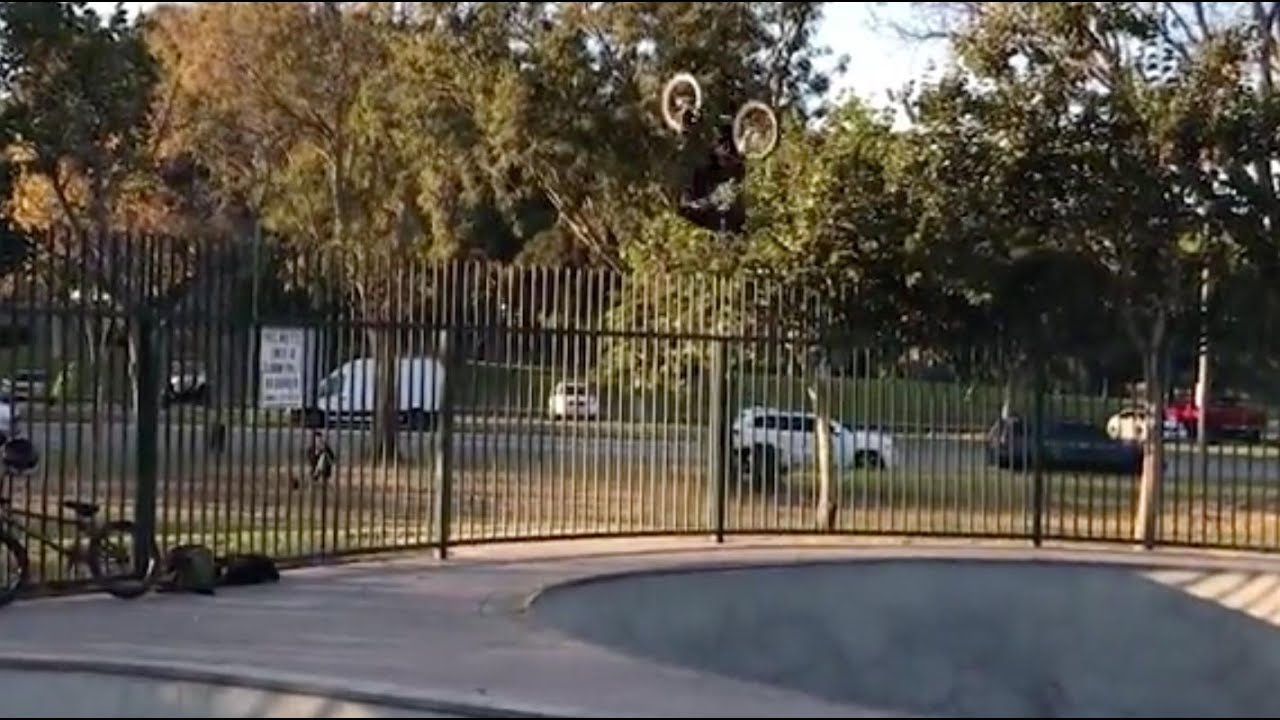