A slight variation on my usual theme.

Idiot on said folding bike wearing grey clothing and with no lights, chooses to overtake at least two cyclists into the path of a third (me – wearing HIVIZ and with a dipped beam better than many small motorcycles.)
And at a crossroads on the path where pedestrians are wont to join the path without looking – hence my primary position.

He got a flash of my high beam and a blast of my horn, but I suspect my shout in his ear will have exacted more discomfort as he cut back in close to the second cyclist.

It was darker than it looks on my tweaked video – explaining why I didn’t get a good shot of his face.

Looking at the video, there was a second overtaker, but at least he did it on the bridge where it was wider. 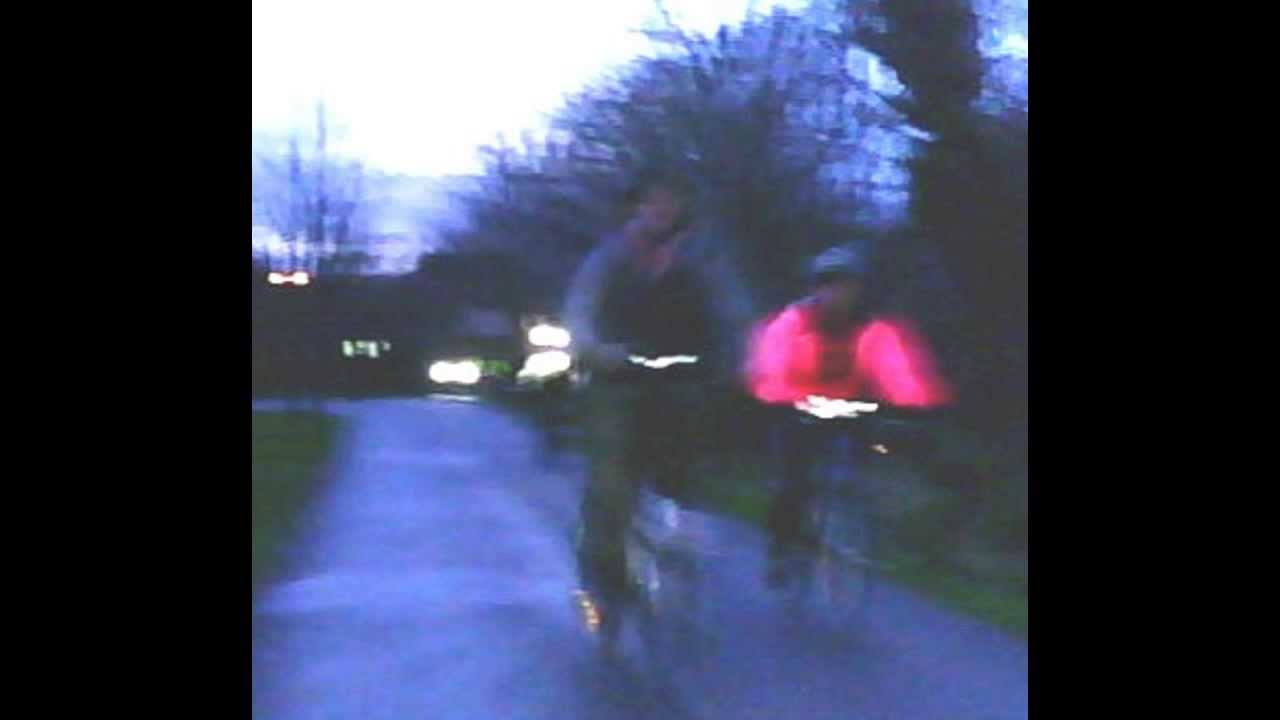