We got up early on a Saturday to film all day long at Vedder. I was happy with the footage and I was excited to make more videos! This first trail we filmed at was a new trail I never rode before, so it was cool exploring new stuff, and there was some cool wooden bridges and stuff. We tried to film at all the coolest stuff we were able to that day.

I brought my Zoom H1 digital Audio recorder to record all the sound, I used a separate tripod to put it on. I wanted to capture the best sound possible and one thing I did to make it look more interesting is I did more close ups where the audio recorder was pointing, so it would sound accurate, and I did quicker cuts so it keeps your attention better.

I even got some GoPro shots in there, with my hero 3 black edition of course! Not just on his helmet though! I even got a few other stationary shots with it on the ground and in a tree, see if you can spot them!

Ethan crashed bad at the end and thankfully it was when he had the GoPro on so I got it captured! He was ok, but he said it was a good thing he wore his full face and goggles because he just smashed into the tree!

It took longer than usual to get all the shots, because I had to sync the audio with the video every time, so I had to tap the zoom h1 on the 7D so that I can sync it in post.

I like the DH freeride trails at vedder, they are steeper and gnarlier than my local mountain trails. It was great conditions, it’s the middle of summer and the mountain bike trails are dry enough but not too dusty.

Leave a Comment, and give a Like if you enjoy my mountain biking videos!
I am Jordan Olthuis, I’m a Freeride DH Mountain Biker and Filmmaker.
Thanks for watching! 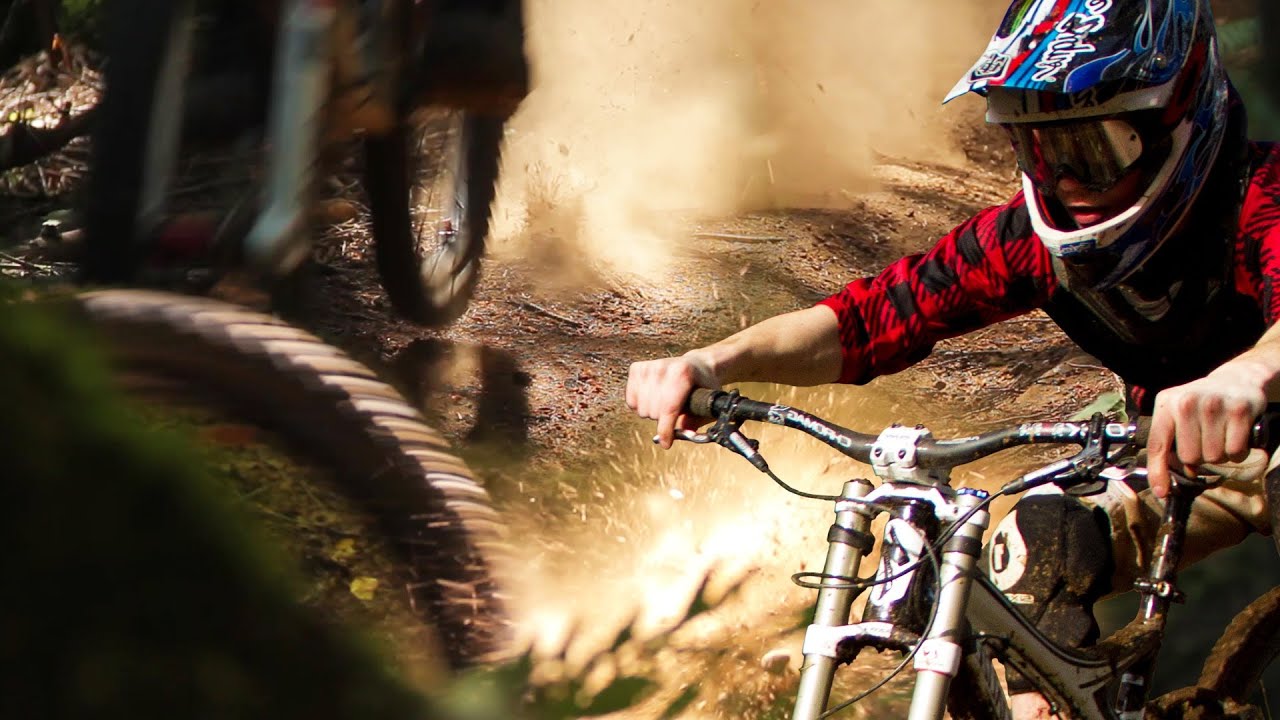