1. The Giant De-fuse technology – which helps reduce road shock and vibrations. That was once only in the rear of the bike, now sits in the handlebar system too.
2. Giant have changed cable routing to make it more seamless throughout this endurnace road bike.
3. Giant have made some advancements in the carbon fibre construction to apparently make the frame more compliant and stiffer.
4. Giant have increased the ability to get some gurthy tyres in there. Now up to 32mm.

I break this road bike review up into two parts – The bike itself, and then the riding experience. I then wrap things up with my opinion on what type of rider I believe this bike best suits.

This Giant Defy comes with: ever so reliable Shimano 105 and the braking performance, including disc brakes. You’ve also got plenty of gearing thanks to an 11-34 cog on the rear.

The wheels are some of Giant’s own, being the PR2 Disc’s, and last but certainly, not least you’ve got De-Fuse technology in the seat post and the handlebars. Which are essentially engineered tube shapes that are optimised to absorb road shocks and vibrations. 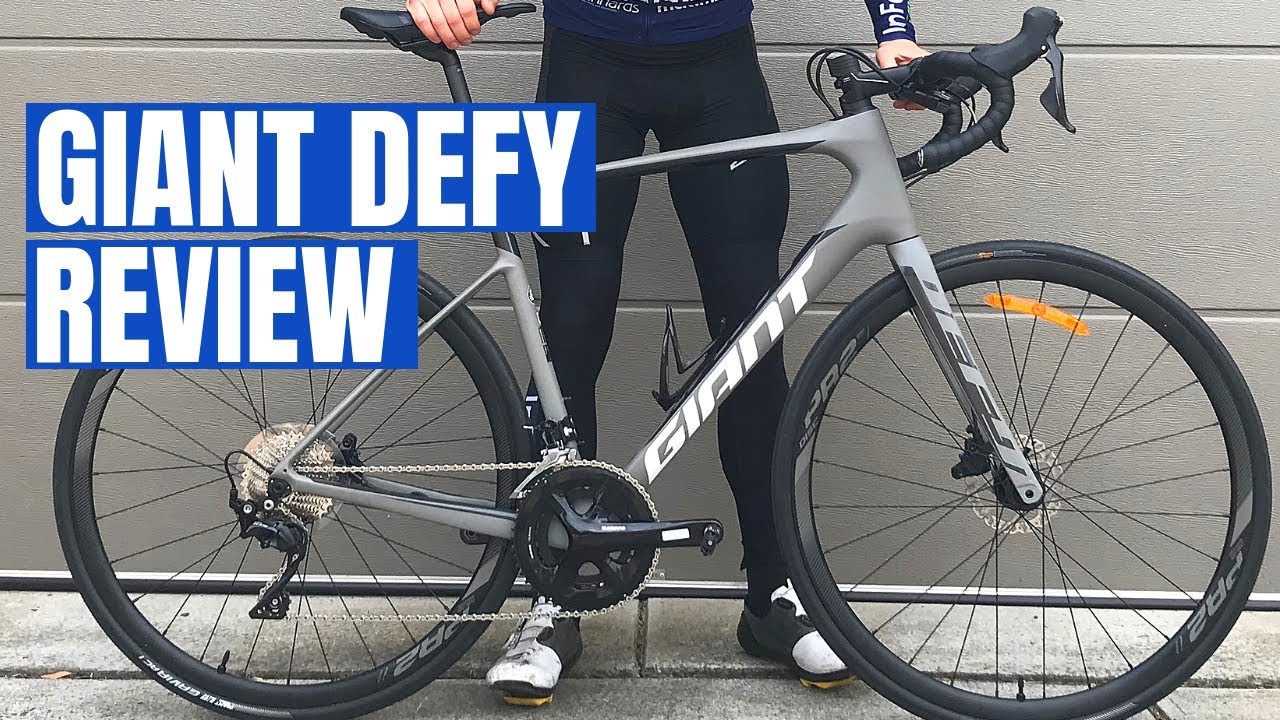