The Gocycle GX, it’s a matter of lowering the kickstand, bending the the frame back on itself (so the two wheels are side by side) folding the handlebars down on one side and pulling out the saddle stem. The saddle then slots into a rubberized holder that hangs between the frame and folded handlebars.

The Gocycle GX has a 250W motor and a top speed of 20MPH. (European law limits e-bikes to this motor size and a top speed of 17.5MPH.) It’s powered by a 300Wh battery that can carry you up to 40 miles on a single charge. The battery is removable, just like the Brompton, and can be recharged in roughly seven hours, or three and a half with an optional fast charger. 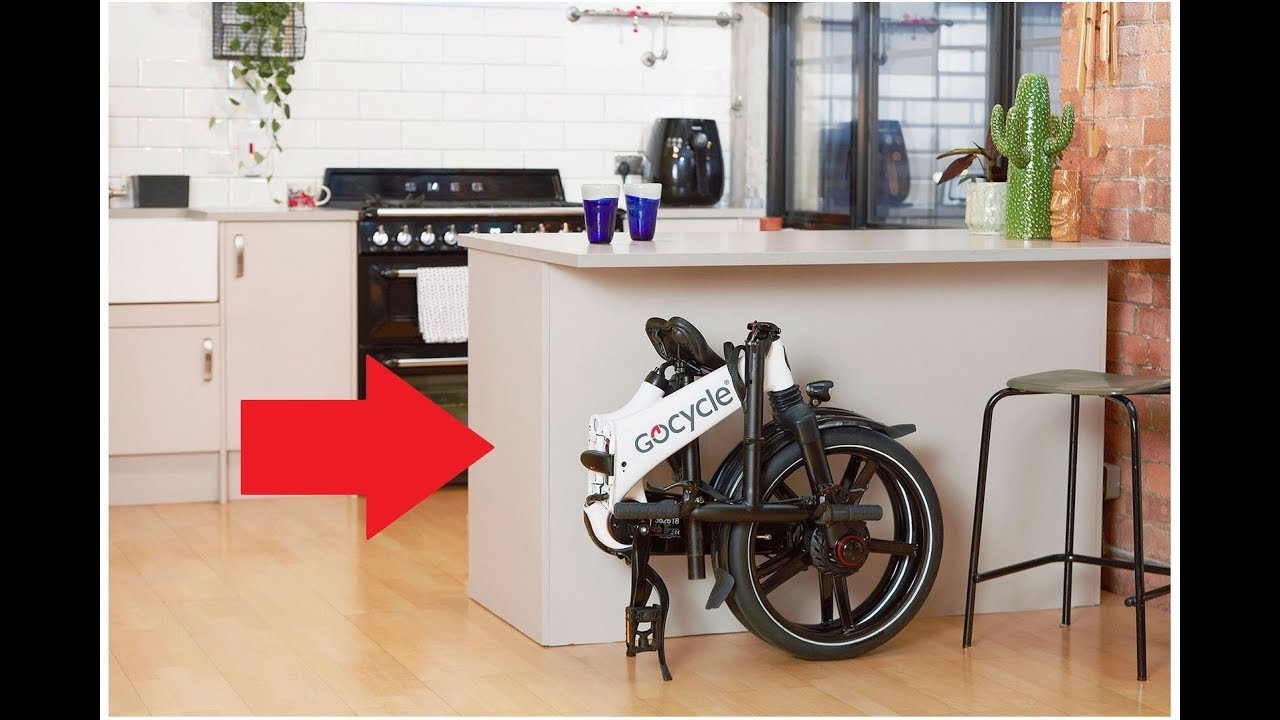