With the 2020 Olympic Games officially being postponed to 2021 we present to you HELLINIKON. While BMX Park will be an official part of the next Games being held in Tokyo, Japan Bruno Hoffmann, Kilian Roth and Mo Nussbaumer teamed up with filmer Rich Forne and photographer Merlin Czarnulla to put a different spin on things and decided to reinterpret an existing leftover of the Olympic circus – the olympic canoe track of 2004.
After lying deserted for over 15 years in the birthplace of the Olympic Games the decaying canoe track now offers tons of possibilities to ride and film a BMX video.

Getting the clips they desired turned out to be quite a challenge due to heavy security surveillance of the Olympic venue and resulted in a week long game of cat and mouse with the local security guards patrolling the premisses 24/7.
The riders & mediacrew made the best out of this tense situation by figuring out a way to still be productive while constantly being on the edge hiding from security. At times it felt more like a real-life hide and seek rather than a regular session with the homies but that made things quite interesting to say the least.

A huge shout out to Red Bull Germany for their support and making this project a reality.

There is an in-depth article about HELLINIKON over on the RedBull website: 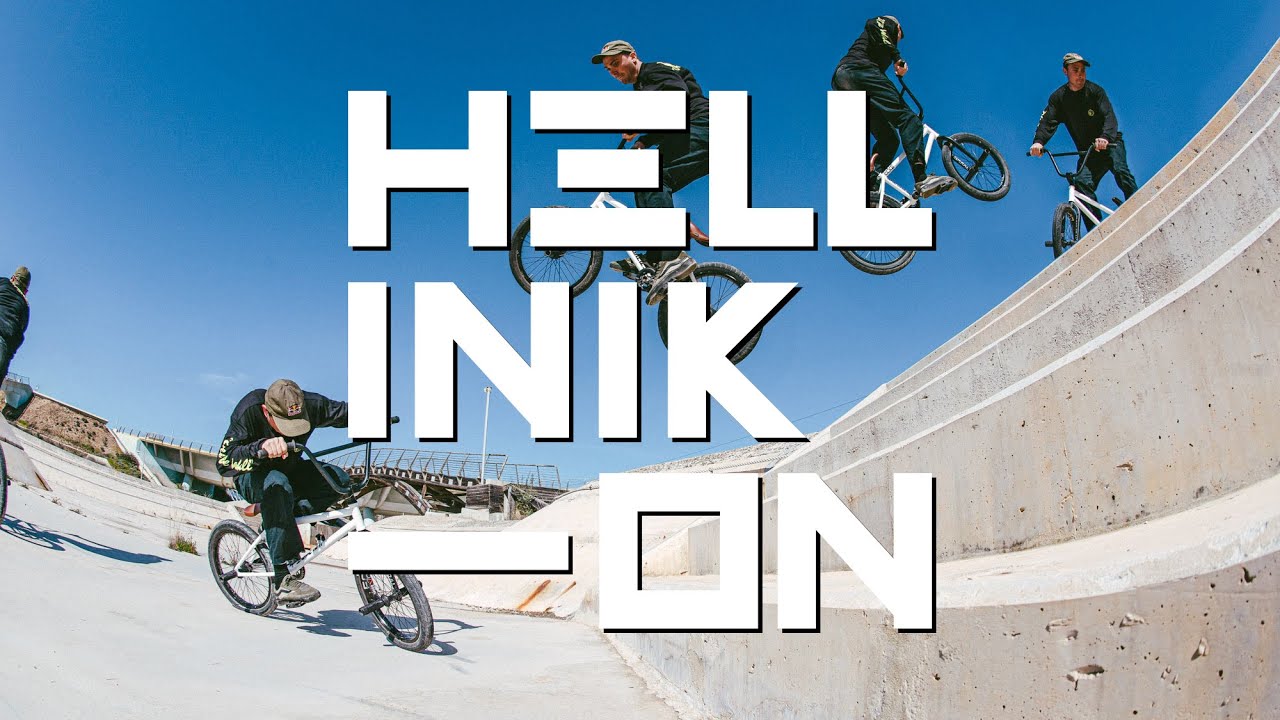