Mountain biking is the sport of riding bicycles off-road, often over rough terrain, using specially designed mountain bikes. Mountain bikes share similarities with other bikes, but incorporate features designed to enhance durability and performance in rough terrain.
Mountain biking can generally be broken down into multiple categories: cross country (XC), trail riding, all mountain, downhill, freeride, slopestyle, dirt jumping, and trials. The vast majority of mountain biking falls into the recreational XC,Trail Riding and Enduro categories.
This individual sport requires endurance, core strength and balance, bike handling skills, and self-reliance. Advanced riders pursue steep technical descents and, in the case of freeriding, downhilling, and dirt jumping, aerial maneuvers off both natural features and specially constructed jumps and ramps.
Mountain biking can be performed almost anywhere from a back yard to a gravel road, but the majority of mountain bikers ride off-road trails, whether country back roads, fire roads, or singletrack (narrow trails that wind through forests, mountains, deserts, or fields). There are aspects of mountain biking that are more similar to trail running than regular bicycling. Because riders are often far from civilization, there is a strong ethic of self-reliance in the sport. Riders learn to repair their broken bikes or flat tires to avoid being stranded miles from help. Many riders will carry a backpack, including a water bladder, containing all the essential tools and equipment for trailside repairs, and many riders also carry emergency supplies in the case of injury miles from outside help. Club rides and other forms of group rides are common, especially on longer treks. A combination sport named mountain bike orienteering adds the skill of map navigation to mountain biking.
There were several groups of riders in different areas of the U.S.A. who can make valid claims to playing a part in the birth of the sport. Riders in Crested Butte, Colorado and Cupertino, California tinkered with bikes and adapted them to the rigors of off-road riding. Modified heavy cruiser bicycles, old 1930s and ’40s Schwinn bicycles retrofitted with better brakes and fat tires, were used for freewheeling down mountain trails in Marin County, California in the mid-to-late 1970s. At the time, there were no mountain bikes. The earliest ancestors of modern mountain bikes were based around frames from cruiser bicycles such as those made by Schwinn. The Schwinn Excelsior was the frame of choice due to its geometry. Riders used balloon-tired cruisers and modified them with gears and motocross or BMX-style handlebars, creating “klunkers”. The term would also be used as a verb since the term “mountain biking” was not yet in use. Riders would race down mountain fireroads, causing the hub brake to burn the grease inside, requiring the riders to repack the bearings. These were called “Repack Races” and triggered the first innovations in mountain bike technology as well as the initial interest of the public. The sport originated in California on Marin County’s Mount Tamalpais.[1]
It was not until the late 1970s and early 1980s that road bicycle companies started to manufacture mountain bicycles using high-tech lightweight materials. Joe Breeze is normally credited with introducing the first purpose-built mountain bike in 1978. Tom Ritchey then went on to make frames for a company called MountainBikes, a partnership between Gary Fisher, Charlie Kelly and Tom Ritchey. Tom Ritchey, a welder with skills in frame building, also built the original bikes. The company’s three partners eventually dissolved their partnership, and the company became Fisher Mountain Bikes, while Tom Ritchey started his own frame shop. The first mountain bikes were basically road bicycle frames (with heavier tubing and different geometry) with a wider frame and fork to allow for a wider tire. The handlebars were also different in that they were a straight, transverse-mounted handlebar, rather than the dropped, curved handlebars that are typically installed on road racing bicycles. Also, some of the parts on early production mountain bicycles were taken from the BMX bicycle. Other contributors were Otis Guy and Keith Bontrager.
Tom Ritchey built the first regularly available mountain bike frame, which was accessorized by Gary Fisher and Charlie Kelly and sold by their company called MountainBikes (later changed to Fisher Mountain Bikes then bought by Trek, still under the name Gary Fisher, currently sold as Trek’s “Gary Fisher Collection”). The first two mass-produced mountain bikes were sold in the early 1980s: the Specialized Stumpjumper and Univega Alpina Pro. In 2007 the documentary film Klunkerz: A Film About Mountain Bikes was released. The film documents the subject of mountain bike history during this formative period in Northern California. 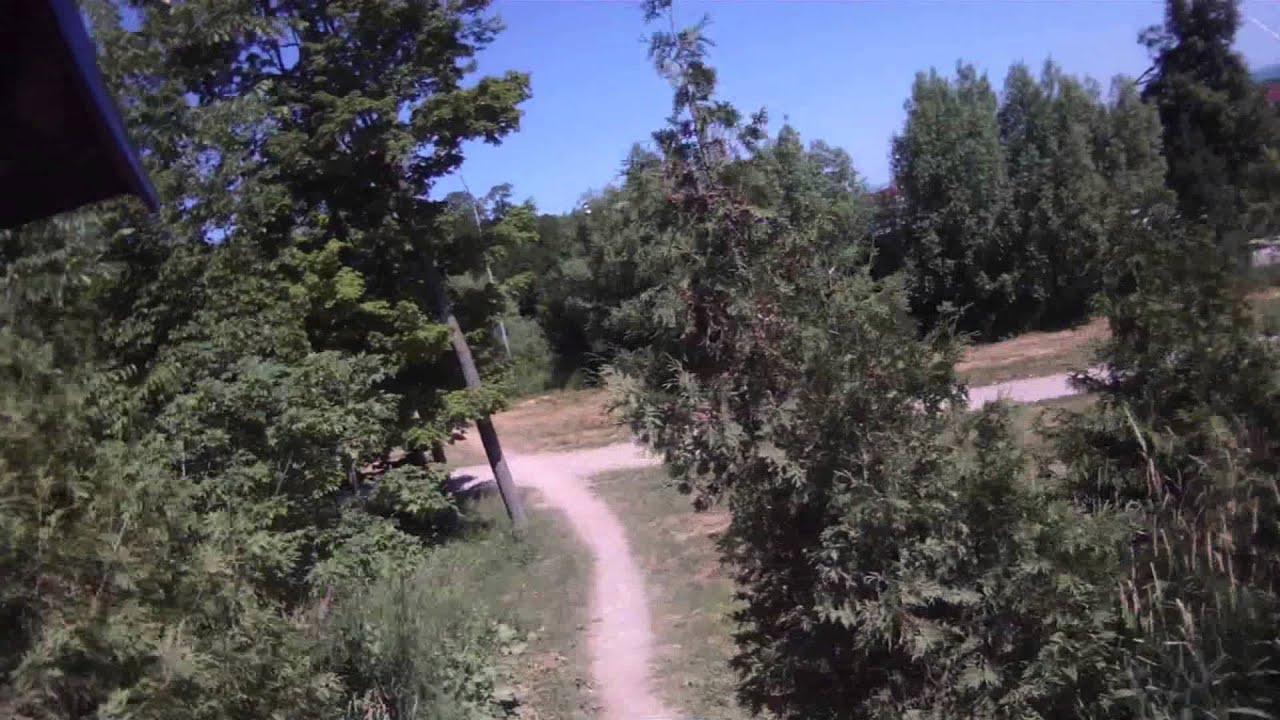