A new Kiwi face is hoping to run away with the Nitro Circus, and Jon Riddle gets his big chance on Saturday night when he auditions on his BMX bike at Auckland’s Eden Park.

Taupō BMXer Jed Milton has been touring the world for the last six years as a member of Nitro Circus, with more than 200 shows to his name, TVNZ1’s Seven Sharp reported.

Mildon pulled off a seemingly impossible quadruple back flip to the adulation of millions of action sports fans round the globe. Four years on, it’s yet to be repeated.

Nitro Circus is back in New Zealand for a five-show tour and is looking to give another Kiwi his big break.

Jon Riddle has been ‘welded’ to his bike for most of his 25 years, and he’s now had his big call up to strut his stuff with the Nitro troupe on Saturday.

“Massive massive, biggest there is. It’s definitely crazy but that’s all part of the fun. The crazier it is the more adrenaline you get out of it,” Riddle said.

Yesterday afternoon he conquered the “Rena ramp” without incident. That’s a ramp nudging 20 metres high and built from containers salvaged from the wreck of the Rena which ran into rocks off the Bay of Plenty coast.

But now he must wait for another hit out on Saturday to see if he’ll become part of the great Nitro showcase.

Riddle said he doesn’t want to think too much about what could possibly go wrong.

“There’s always that in the back of your mind. It’s best not to think about it too hard.”

Created By One News New Zealand 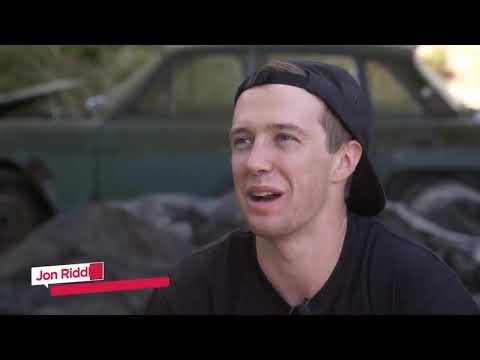