The Pacific Electic or Red Car network of electric interurbans covered most of the Los Angeles and northern Orange county. With over 700 miles of track the network radiated out from downtown Los Angles to the San Fernado Valley, Santa Monica, Long Beach, Newport Beach, and San Bernardino just to name but a few of the destinations.
This section of the PE network was the Santa Ana – Huntington Beach line that was built in 1907. According to Hilton and Due’s seminal book The Electric Interurban Railways in America:

[T]he track from Huntington Beach to the Santa Ana River was removed in 1930. Through service on the Huntington Beach line had ended in 1922 when a flood washed a bridge out. Much of the remainer of this line was abandoned in 1936, but some segments remain freight service.
SOURCE: The Electric Interurban Railways in America (1964), George Hilton and John Due, page 411. 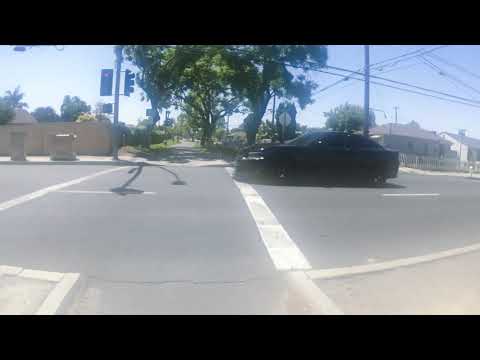