☝️Today’ Video All About #UltraviolettF77
Ultraviolette Automotive, a Bangalore-based electric bike maker, launched its first electric motorcycle, the F77, in India. The company has introduced the motorcycle in three variants – Lightning, Shadow and Laser. Online pre-bookings of the electric bike have already commenced while deliveries will kickstart by the third quarter of 2020, starting from Bangalore. The pricing of the motorcycle will range from Rs 3 lakhs to Rs 3.25 lakh (on-road).

Ultraviolette is touting the F77 as a performance-oriented electric motorcycle which is evident by its design and specifications. Propelling the motorcycle is a 25kW BLDC motor which is powered by a group of three lithium-ion batteries with an output of 4.2kW from each. The resultant power output from this setup stands at 34.7bhp at 2,250rpm and an astonishing torque of 90Nm at the motor and 450Nm at the wheel. That is good to push the bike from 0-60kmph in 2.9 seconds and 0-100kmph in 7.2 seconds, as claimed by the company. Not to forget the top speed which is a staggering 147kmph.
Moving on to the practicality-related aspects, the battery pack requires five hours to fully-charge via the conventional charger while it takes around one and a half hours to juice up through a fast charger. The latter charges the battery up to 80 per cent in 50 minutes. The combination of three batteries in the F77 is claimed to deliver a range of around 130-150km. Notably, the range mainly depends on the selected power modes and the F77 gets three of them – Eco, Sport and Insane.

Ultraviolette has also bestowed the F77 with a host of features. It is equipped with a full-colour TFT instrument cluster with Bluetooth connectivity which will get over-the-air updates, shows ride analysis, and bike locator. As for the hardware, the motorcycle is premium in the department as well. Based on a steel trellis frame, the e-bike is suspended by inverted forks and a monoshock while braking is handled by a single disc with radially-mounted four-piston caliper upfront and a single disc with floating caliper at the rear. Dual-channel ABS comes as standard
Talking about the design, Ultrviolette says the F77 is inspired by aviation engineering which shows in its sharp and aerodynamic design. It sports a low-slung LED headlamp, a sculpted angular fairing to cover the battery pack and motor along with a svelte tail section with LED lamps. Weighing at 158kg (kerb), the F77 is also fairly light. The motorcycle will be offered with a set of accessories including a visor, crash guards, panniers and a portable fast charger.

Looking at the overall package that the F77 is, the electric motorcycle currently has no competition in India. While Revolt has launched the RV300 and RV400, both bikes are more commuter-ish and are more affordable.
👉Insta:
🎶Sound:Retnik Beats:
(
#saamuch #ElectricSuperBike
💐Thanks For Watching💐 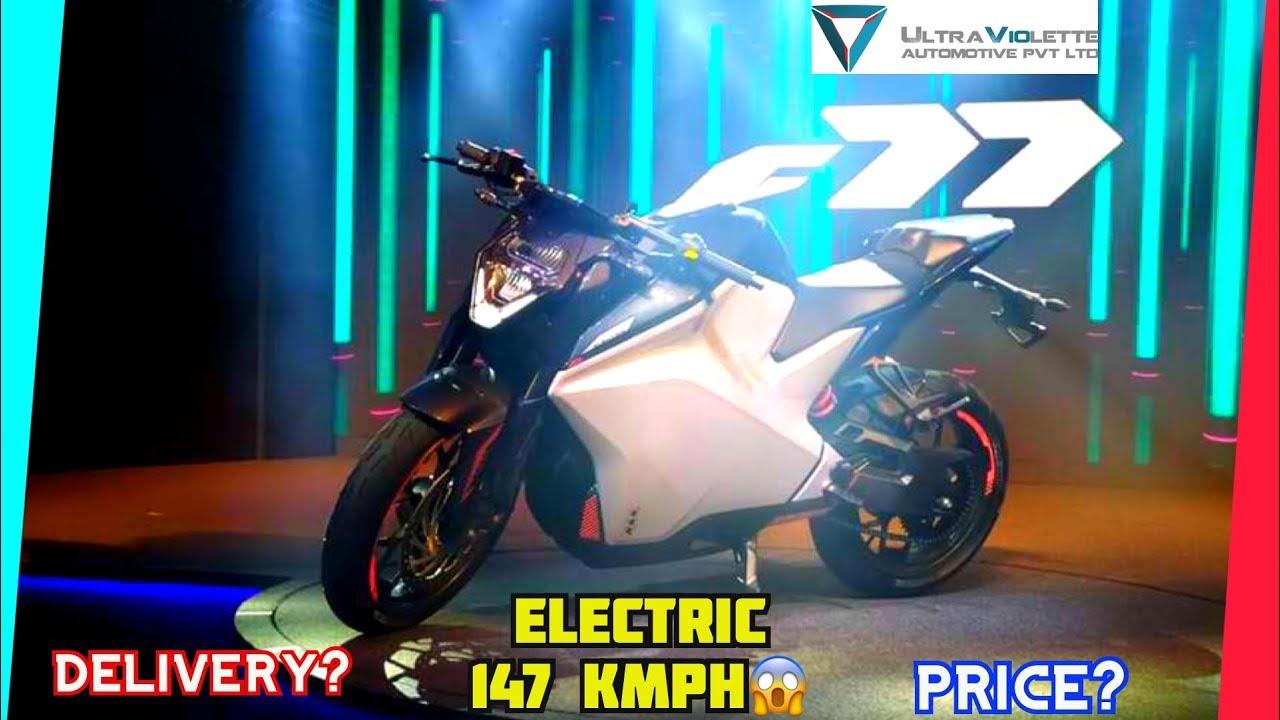