Bike Tour Manali – Baralacha-la
Bike Adventure…….
.
Day1..27 June: –
We set off from Delhi Bus station to Manali in a Volvo which picked us at 9 at night We were 6 friends going on this trip who had a long night chitchat at bus all giggling and in the middle of the night we hault at 70 miles stone to eat our food or have some snacks.
.
Day2.. 28 June:-
We almost reached Manali and to get fresh and after that we directly hault at Manali.
From where we need to reach our hotel (V Cottage) is one of the Budget Styled Hotel i.e way far from the main mall and all the noise, quite and serene. Rooms are very adequate you will find the quality of food. Staff and the owners are really welcoming and friendly. Hotel is at walking distance from Hidimba Temple and Van Vihar Park. The plus point about this hotel is you’ll get the bikes for the rental as well as Permit to reach your destination Baralacha-la. As the owner Mrs. Ranu and Mr. Piyar will take care of every thing required while you stay.
Day 3..29 June:-
So the first day on road from Manali we need to cover roughly 115kms. We had an early call-time so we could reach our first hault at Keylong. There is a Tandi a famous village near keylong, famous as it is the confluenced of the two rivers flowing in the basin Chandra (originates in Chandratal in Spiti Valley) and Bhaga (originates in Suraj Tal below the Baralacha-la paas) . The two meet to form the river Chandrabhaga as it flows in Himachal Pradesh and as it enters Jammu and Kashmir it gets re-christened to Chenab.
on our way by the Beas river on one side and high mountain cliff on the other, we knew we already had a great start. Soon we were scaling heights steadily and came across the green huge mountains. But soon we were also stuck in traffic jam at a Marhi valley – was just so mesmerising after that we stopped at Gulaba Valley for the photos and to view the beauty of the nature within an hour or so we were at our first paas Rohtang
We came across innumerable waterfalls, green mountains, snowy mountains was feeling like taking breaks every now and then to stand at one place and keep watching the natures beauty. Somehow after all those breaks we manage to reach our hotel at Keylong in the evening.
A soon we reach our hotel Nordaling Guest House there was already party going on people were so good and dancing that we couldn’t stop ourselves to dances and laugh with them. and really had a night long chit chats and slept as everybody was tired.

Day4..30 June
After a good nights rest we woke up early got freshnup and ready for our way to Baralacha-la. We had a breakfast at a restaurant which is just below the hotel where we were mesmerised with the embience and hypnotising aroma of the food there we filled ourselves with aloo paratha and chai. Soon we were on the road carrying all our fuels. Crossing Keylong and Jispa we couldn’t help but admire the witty sign posts and plaques put up by BRO (Border Road Organisation). We were already knew about the nallas (small stream of water flowing on the road). As already mentioned before, we were having two Himalayan Bikes and one Bullet. Three of our friends already crossed the nalla as they were ahead but the two girls left behing crossed the nalla along with one of our male friend by walking on the mountain though it was difficult but they managed and safely crossed the nalla.
Note:- It is better to cross nalla at one smooth and go at a moderate speed without stopping anywhere.
.
As we progressed further again we began to see the most amazing valleys & vistas. The lush greenery of mountains & human settlements started to wean off gradually & once we crossed Jispa & Darcha valley(the northern most village of Himachal Pradesh on Manali-Leh route), we could barely see any locals. From there on, it was pretty much mostly other adventure riders like us.

We covered a good distance and reached “Zing Zing Bar” after having our snacks we proceed again where we got to see the most amazing glacial lakes- Deepak Tal & a little ahead from that Suraj Tal(also called Vishal Tal & origin of the Bhaga river) just below one of the most panoramic passes- Baralacha-la(La means pass in Tibetan). We were already adviced not to spend much time there as it was at a very high altitude of 4850m, lest we could fall sick due to AMS (Acute Mountain Sickness). Two of our team member girls were hit by AMS so we straight way bring them back to the low altitude.
(Highly recommended that first time travellers pay heed to the local people or drivers as they know the terrain & condition in & out and if someone is feeling sick bring them to low altitude immediately for there safety)
.
Once visit should be must in a life.

Created By WAY TO EXPLORE 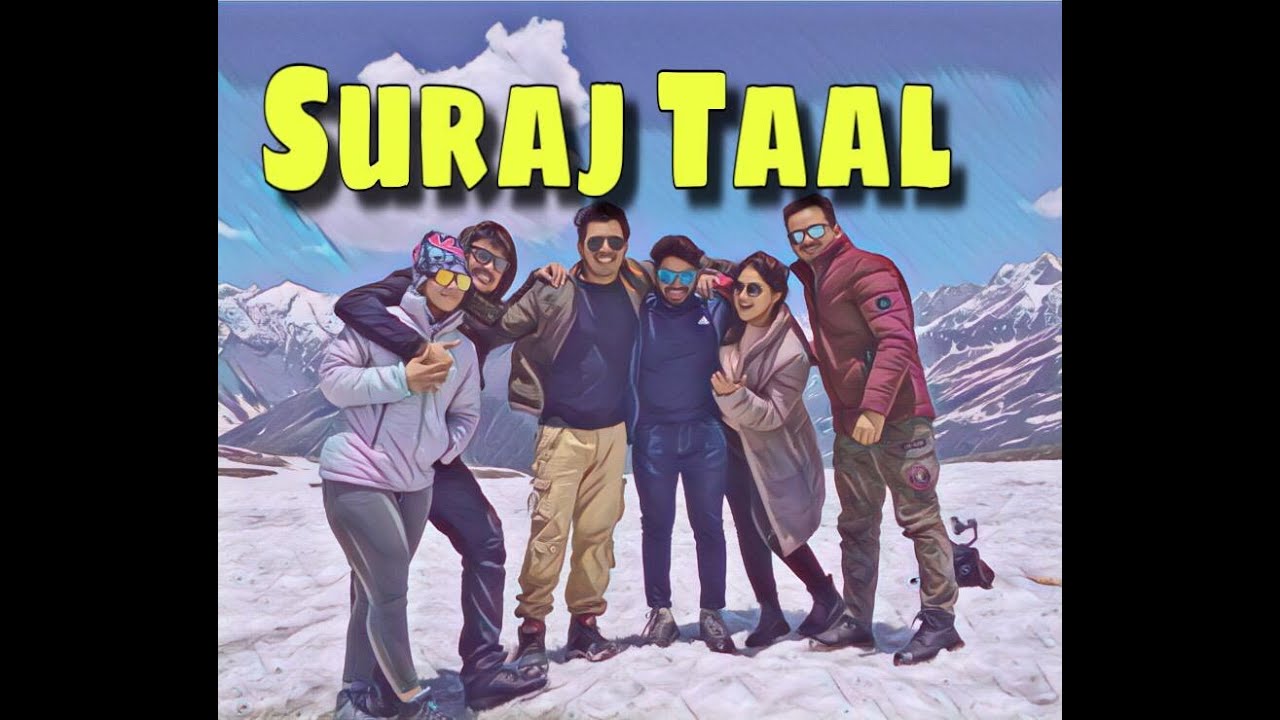