I ran it on six 12 volt battery’s. The batteries were in two series, one group of 36 volts and a second group of 36 volts. The power was applied in stages. First one 36 bank, then when maximum speed was reached the second bank was added on for the full 72 volts.
:Transcript of audio:
“So this is my gear reduction of the motor going sideways. I don’t know how long it will run for. I don’t have a fuse on it. It is kind of dangerous, it should have a fuse because it could jam up. It runs on (a ah) 8 to 1 ratio that goes onto the bicycle. Somewhat reliable, not 100% reliable because ah things jiggle a bit because it is not precise , but it is working. (I stop it)…I’ll start it again for you. So this is in the wrong angle. It is supposed to be upwards. but anyways” 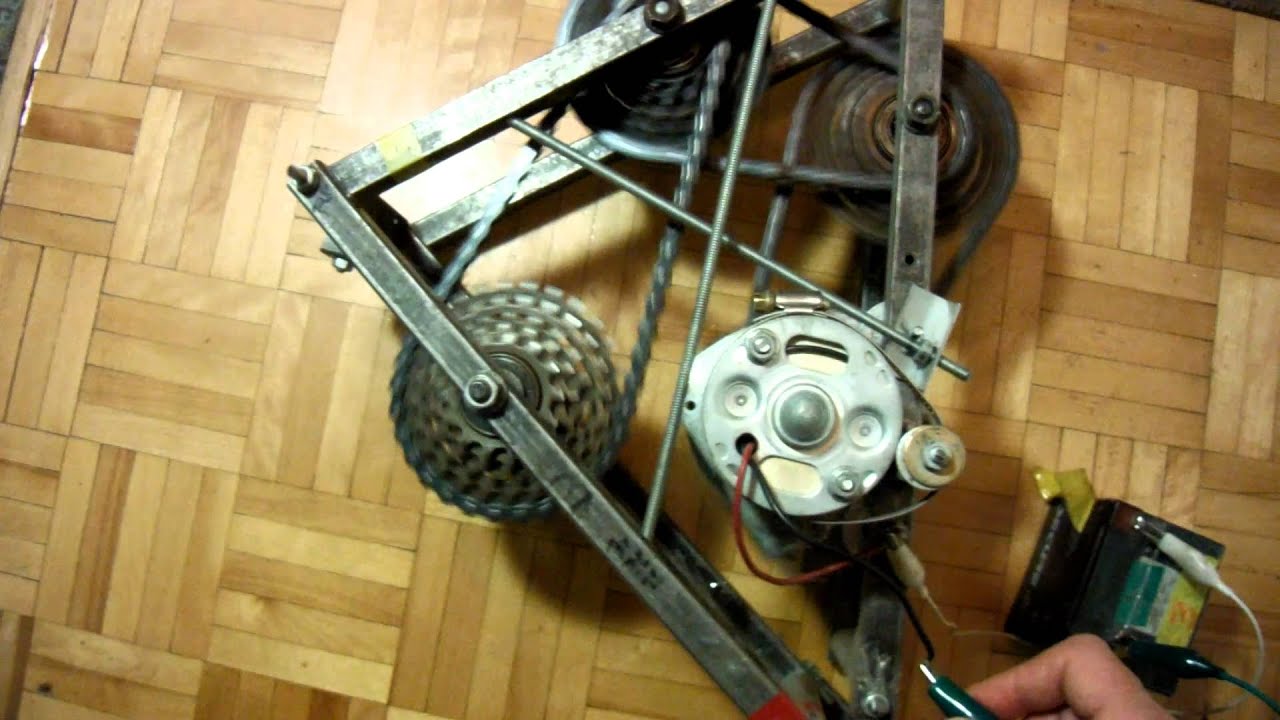